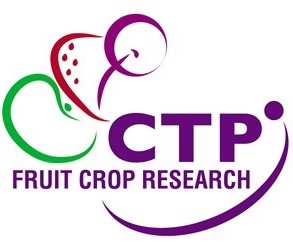 This is an offer of an exciting fully funded PhD opportunity. The student will be registered with University of Reading and mainly based in NIAB EMR, Kent. The team of supervisors includes Dr Flora O’Brien (NIAB EMR), Prof Mark Tibbett and Prof Martin Lukac (University of Reading).

Perennial crops, such as apple orchards, act as valuable terrestrial carbon (C) sinks, and therefore provide an opportunity to contribute towards climate change mitigation efforts. Apple breeding programmes have led to modern cultivars investing more C into fruit production and less into other plant organs. However, roots can exert a strong influence over the capacity of plants to act as terrestrial C sinks through various attributes including their recalcitrance, production of root exudates (rhizodeposits), and influence on the soil microbiome. There is little knowledge regarding the C-sequestering ability of different apple rootstocks, despite its potential impact on climate change mitigation efforts.

This studentship will expand our understanding of the associations between terrestrial C sequestration capacity and genotype-specific apple rootstock traits, including recalcitrance, rhizodeposition and associated rhizosphere microbial communities. This knowledge will then enable growers to select rootstocks with greater ecosystem service capacity, in terms of their C storage abilities, which will benefit soil fertility and promote the capture of atmospheric CO2.

The most important eligibility criterion for this funded studentship is residency:

This eligibility is unaffected by Brexit. The UK Government has guaranteed EU eligibility for Research Council funding for PhDs beginning before the end of the 2019-20 academic year.

The physical attributes of roots exert a strong influence over their contribution to mineral-stabilised soil organic C (SOC) pools, which is greater and more efficient than that of plant shoots. Indeed, meta-analysis of a wide range of forests indicated that root litter contributed more (48%) towards annual plant litter inputs than leaf litter (41%) or fine stems (11%). This is largely due to the greater resistance of fine roots to decomposition (recalcitrance) in comparison to leaf litter. Root recalcitrance is predominantly determined by the molecular composition of roots, with tannins, suberin and acid-insoluble fractions (lignin) being some of the most durable carbon components of roots. However, labile compounds that are readily decomposed by microbes may actually result in products that contribute more to SOC stabilisation in the long-term. Tree root decomposition rates are influenced by initial root traits such as N, lignin and C content. Root thickness also has a role, as thicker (coarse) tree roots typically decompose more slowly than fine roots, although this is subject to environmental controls such as temperature and nitrogen availability. Root depth distribution and root length density are other factors determining root contributions to soil C stores, with roots below 20 cm having disproportionately higher C content.

Rhizodeposits comprise a mix of root-derived substances including low molecular weight exudates (volatiles, primary and secondary metabolites), sloughed-off root cap cells and mucilage. In addition to their role in plant nutrition, rhizodeposits are a significant source of SOC, accounting for up to 40% of total plant dry matter production. The composition of rhizodeposits has important consequences for soil C sequestration, as certain rhizodeposits can actually reduce SOC pools (SOC destabilisation). Labile compounds, for instance, can be readily decomposed by soil microorganisms, whilst the common exudate oxalic acid promotes C loss by releasing organic compounds from mineral-organic complexes. The direction in which rhizodeposits influence SOC decomposition, termed the rhizosphere priming effect (RPE), depends on the quantity and composition of root exudates, as well as the soil texture and pH. The composition and quantity of root exudates is reported to have a strong genotypic component, with secondary metabolites (e.g. phenolic compounds) exhibiting greater species specificity and accounting for a greater proportion of root exudates than primary metabolites (e.g. organic acids, sugars). This was recently demonstrated in apple rootstocks: the rhizodeposits (including phenolic compounds) of different genotypes (M9Nic29, M26, G41, G935 and MM106) were assessed. However, these studies either were done in the context of ARD tolerance rather than C-sequestration, or used axenically micropropagted trees which might actually have led to rhizodeposit quantities being underestimated as plants can re-absorb the exuded metabolites in the absence of microbial degradation.

Root material forms stable SOC more efficiently than aboveground plant litter mainly due to the activity of microbes being far greater in the rhizosphere (soil immediately surrounding the plant root) than in the bulk (root-free) soil. Soil microbes regulate a broad spectrum of soil functions, such as nutrient cycling, soil aggregation and C dynamics. Microbially-derived carbon inputs are acknowledged as being significant components of terrestrial C pools, accounting for as much as 80% of SOC. Microbial action can either lead to soil C sequestration through incorporation into the microbial necromass, or soil C loss via microbial respiration and decomposition of microbial by-products. Consequently, shifts in soil microbial community composition can have significant implications for soil C pools. Rhizodeposits are known to significantly affect soil microbial community composition and activity. The ratio between bacteria and fungi can be a good indicator of soil C sequestration, as fungal-dominated communities are reported to retain more C. Arbuscular mycorrhizal fungi (AMF) are particularly important in soil C stabilisation both directly as a result of their utilisation of photoassimilates and production of the highly recalcitrant glycoprotein glomalin, and indirectly, due to AMF promotion of soil aggregation.

This project will expand our understanding of the associations between terrestrial C sequestration capacity and genotype-specific apple rootstock traits, including root recalcitrance, rhizodeposition and associated rhizosphere microbial communities. This knowledge will then enable growers to select rootstocks with greater ecosystem service capacity, in terms of their C storage abilities, which will benefit soil fertility and promote the capture of atmospheric CO2. In turn, policy makers may incorporate this information into environmental reward payment schemes.

This project will assess a selection of widely-used apple rootstock cultivars for their C-sequestering abilities by analysing three key components:

• Physical root measurements: Root recalcitrance will be assessed using biochemical methods to quantify various compounds. Additional measurements will be made for root thickness, decomposition rate, and root depth distribution using methods such as rhizotrons, intact cores and incubation of roots in microcosms.

• Root exudate biochemical analysis: Rhizodeposit collection may be done either by collection of percolated (run-off) water from pot-grown rootstocks (Leisso, et al., 2017), or by dipping roots of axenically-grown rootstocks in distilled water containing silver (Ag+) as described and evaluated by Gransee & Wittenmayer (2000). Primary and secondary metabolites will be analysed by high performance liquid chromatography (HPLC) or gas chromatography-mass spectrometry (GC-MS).

• Rhizosphere community analysis: Recent advances in high-throughput sequencing methods have greatly enhanced microbial community analysis. The bacterial and fungal composition of the rhizosphere community will be investigated via amplification of the universal 16S rRNA gene (bacteria) and ITS sequences (fungi). In particular, the project will focus on functional groups related to C cycling, such as methanotrophs (methane producers), methanogens (methane consumers), and AMF.

Check out our other PhDs in East Malling, United Kingdom

Developing methods to quantify the potential for greenhouse gas removal using bioenergy - carbon capture and storage to speed up the establishment and uptake of perennial Bio-energy crops.
Aberdeen University

uses cookies to create a better experience for you

To ensure all features on our website work properly, your computer, tablet or mobile needs to accept cookies. Our cookies don’t store your personal information, but provide us with anonymous information about use of the website and help us recognise you so we can offer you services more relevant to you. For more information please read our privacy policy

We were unable to log you in with your Google account at this time. If you have third-party cookies blocked, please enable them, refresh, and try again.

We were unable to log you in with your Google account at this time. If you have third-party cookies blocked, please enable them, refresh, and try again.