University of Edinburgh    School of Engineering 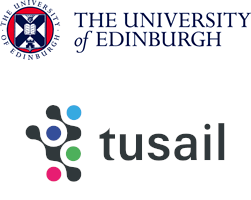 Fluid catalytic cracking (FCC) is a process which converts heavy fractions of petroleum oil to lighter products which are in greater demand. Modern FCC catalysts consist of zeolite in a porous matrix. These catalyst particles are mechanically degraded by attrition which leads to the generation of fines. These fines bypass the cyclones used for separation in FCC processes, and a proportion can enter the atmosphere which has health and environmental implications. The attrition of these catalyst particles necessitate their periodic replacement: a significant cost factor in FCC processes.

Although attrition of FCC catalysts is an important issue, mechanistic understanding is lacking. An enhanced understanding of catalyst degradation in FCC processes would be highly beneficial to industry: laboratory testing could be related to industrial-scale FCC more reliably; the extent of attrition could be predicted more accurately; and catalysts could potentially be designed with increased resistance to attrition. Modern simulation tools, in particular the discrete element method (DEM), can provide this mechanistic understanding. DEM allows complex systems of particles to be modelled, enabling analysis of the particle-scale mechanisms that underlie the complexity of the overall material response. As part of an ongoing project led by the principal supervisor, a novel DEM simulation approach has been developed for arbitrarily shaped, abradable particles. The figure shows how a single particle becomes smoother and smaller as a consequence of surface abrasion.

This PhD project will employ this novel simulation approach, in conjunction with others as required, to explore the issue of FCC catalyst attrition using DEM. These simulations will be calibrated using physical test data provided by the project partner BASF (Refining Catalysts). The effect of particle shape and micro-scale mechanical properties on the catalyst replacement frequency will be explored. Various attrition testing devices in widespread use, e.g., air-jet and jet-cup testers, will be compared through simulation so that their outputs can be correlated. Predictions will be made of the catalyst replacement frequency in an industrial FCC unit based on laboratory test data, and the sources of catalyst degradation will be studied in detail (particles colliding with the walls or one another). Finally, the physical meaning of the cyclone attrition rate constant which characterises attritability will be investigated.

The information you submit to University of Edinburgh will only be used by them or their data partners to deal with your enquiry, according to their privacy notice. For more information on how we use and store your data, please read our privacy statement.

Check out our other PhDs in Chemical Engineering