Characterisation of the role of Panx1/Panx2 in primary endothelial cells 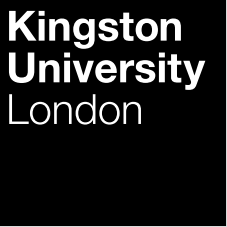 Pannexins are a family of proteins that are evolutionary related to the gap-junction forming proteins, innexins (1). Three members have been identified, Panx1, Panx2 and Panx3, and they show distinct tissue distribution. Panx1 is the isoform most ubiquitously expressed, and the most widely studied (2). Panx2 is thought to be predominantly expressed in the central nervous system (CNS), whilst Panx3 shows a very limited expression, primarily in the skeleton (3-4). Interestingly, Panx1 has been shown to be implicated in many signalling processes that are important in health and disease (5). There is very little known about Panx2 and Panx3 in terms of function and role in physiology.

Endothelial cells constitute the inner layer of the lymphatic and vascular blood vessels, and dysregulation of these cells is implicated in many cardiovascular diseases such as atherosclerosis (6). Panx1 has been shown to be expressed in endothelial cells and is thought to be involved in mediating vascular inflammation during ischaemia (7-8). The functional expression of Panx2, on the other hand, has not been characterised, although a recent paper reported that it is lowly expressed in lymphatic endothelial cells, but did not investigate its function (9).

We have preliminary RNA-seq data on human arterial and venous endothelial cells isolated from human umbilical cords showing that Panx1 and Panx2 are moderately expressed, however, differentially, in both cell types. Whilst the expression of Panx1 was significantly higher in venous endothelial cells, Panx2 was more prominently expressed in arterial endothelial cells. This is interesting as it raises questions about whether the two isoforms serve different or redundant functions. We aim to investigate the following:

1. Characterisation of Panx1 and Panx2 expression in primary arterial and venous endothelial cells via.

2. Exploration of the potential coupling between Panx1 and Panx2 in primary arterial and venous endothelial cells.

3. Investigation of the functional role of Panx2 in primary arterial and venous endothelial cells.

No funding is avaialble for this project

The information you submit to Kingston University will only be used by them or their data partners to deal with your enquiry, according to their privacy notice. For more information on how we use and store your data, please read our privacy statement.