Clerics and Domestic Slavery in the Latin West, 400-600

University of Leicester    School of History, Politics and International Relations 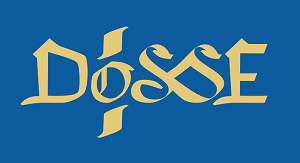 This doctoral research project examines the relationship between the clergy of the Christian Church and the people enslaved within domestic contexts in the Latin-speaking West, AD 400–600.

The Roman world has been described as a ‘slave society’, largely due to the wide use of unfree labour as a mode of production. But Roman society also enslaved people within the home, where they served to fulfil more than just those tasks necessary for the quotidian operation of the household. Domestic slaves, who were mostly (but not exclusively) women and children, also fulfilled what might be called ‘superfluous’ or ‘luxury’ tasks that ultimately served to display and confirm the status of the free members of the family. This aspect of slave ownership often included the use of enslaved people for sexual purposes, creating a powerful dynamic within the home that impacted wider society in ways yet to be fully discerned by scholars.

As the Roman order transformed into the early medieval West, society entered a period of headlong change. As the fundamental unit within society, the household became ground zero for the reorganisation or preservation of wider social hierarchies and group identities. Unsettled questions around domestic slavery, and the sexual use of people enslaved within the home, were answered in various ways by community leaders and moral authorities. These figures included, first and foremost, the clergy of the Christian Church, who – in both their words and their actions – shaped, indulged, supported, resisted, and criticised this practice. This social dynamic has not yet received sufficient attention by scholars.

Your doctoral research will investigate this topic as an essential part of a larger research project funded by the European Research Council’s Horizon2020 programme: Domestic Slavery and Sexual Exploitation in the Households of Europe, North Africa, and the Near East, from Constantine to c. AD 900 / AH 287. As part of a team of scholars, under the direction of the Principal Investigator, Erin Thomas Dailey, you will research the rulings of church councils, biblical exegesis of key scriptural passages (e.g. Abraham and Hagar), sermons (e.g. the collection associated with Caesarius of Arles), narrative histories, and other texts, with a focus on the issue of the sexual exploitation of domestic slaves (and the related phenomenon of so-called ‘clerical concubinage’). You will share your findings with your fellow researchers as the team collectively seeks to reconstruct the motivations and justifications behind the sexual exploitation of domestic slaves, to identify how the lived experience in the household shaped the content of our sources, to reveal how a common Roman inheritance impacted later practices, and to explain the similarities and differences found within Muslim, Christian, and Jewish communities across the greater Mediterranean world.

You will be guided and supervised by the PI, and supported by the research team, to help you achieve individual success and to contribute meaningfully to the success of your colleagues. Your completion of your PhD, and your career success, will be prioritised as one of the project’s outcomes.

· UK Bachelor's degree with at least a 2:1 in a relevant subject or overseas equivalent.

· The School of History also prefers that applicants hold a Master's degree (ideally with a Merit grade or better in the Master's dissertation, or overseas equivalent). Professional experience will be taken into account if the specific grades are not achieved.

This 3-year PhD Studentship provides:
• UK tuition fee waiver
• Annual stipend at UKRI rates (£16,062 for 2022/23)
* International applicants will be required to fund the difference between the UK and International tuition fee (£11,004) for each year of their studies.