Conservation management of the Isle of Wight red squirrel population 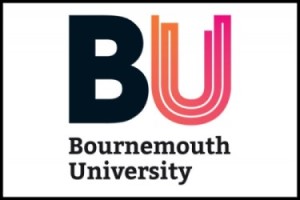 The Evolutionary Significant Unit (ESU) concept was developed to provide a rational basis for prioritizing conservation effort: it defines unique population(s) that have evolved independently (Ryder, 1986). ESUs may exist as isolated, viable populations and their habitats should be protected but to effectively assess the long-term viability of a population, there is a need to understand its adaptive potential as well as to describe its genetic variability in depth (Week et al. 2016).

The red squirrel is endangered in the British Isle where the species is almost absent in England (Gurnell et al. 2004). The Isle of Wight is of major conservation interest as with a population of around 3,000 individuals, it is home to the main population of red squirrels in Southern England. The red squirrels on the island are geographically isolated, but also genetically unique, and therefore form their own distinct ESU (Hardouin et al. 2019). Low genetic diversity and population fragmentation have also been found and could be of concern for the long-term future of the population (Hardouin et al. 2021). There is therefore the need to investigate the long-term population viability of this emblematic population.

Obj 1: Investigate the impact of human feeding on the Isle of Wight squirrels.

Fluctuation of red squirrel populations is linked to food availability (Krauze-Gryz et al. 2021) and is the primary factor which influence red squirrel density, survival, and reproduction (Wauters & Lens, 1995). Isle of Wight squirrels benefit from anthropogenic feeding however the proportion of this type of food in the overall diet of the individual is not known. As food availability is important for squirrel survival, it is crucial to understand the influence on supplementary feeding on population survival.

Obj 2: Investigate the population viability of the Isle of Wight red squirrels.

Obj 3: Investigation of inbreeding on the Isle of Wight using genomic tools

Inbreeding is a major concern for conservation as it decreases fitness and increases population extinction. The genomic data generated in Obj2 will allow the calculation of inbreeding coefficients with great precision at an individual level and will allow estimation of its strength.

Applications are made via Bournemouth University’s website by clicking ’institution website’ button. If you have an enquiry about this project please contact us via the ’Email institution’ button, however your application will only be processed once you have submitted an application form as opposed to emailing your CV to us.

Candidates for a PhD Studentship should demonstrate outstanding qualities and be motivated to complete a PhD in 4 years and must demonstrate:

This project will be mostly lab-based, so the candidate should have previous experience with DNA work.

Funded candidates will receive a maintenance grant of £15,921 per year to contribute towards living expenses during the course of your research, as well as a fee waiver for 36 months.

Check out our other PhDs in Bournemouth, United Kingdom