University of Strathclyde    Department of Electronic and Electrical Engineering 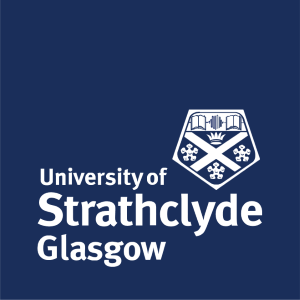 As the industrialised world is undergoing energy revolution, rapid, unpredictable changes in power generation patterns and increasingly volatile network loading scenarios under the free energy trading regime become ever more common, in the worst-case scenarios leading to system instability and blackouts. The level of unpredictability is expected to grow over the coming decades as baseload power plants are phased out and electric transport becomes routine while new weather extremes compound the physical stress on the network. Power grid reinforcement and deployment of local energy storage, necessary to support transition to a de-centralised system, require technology development and considerable investment. The smart grid concept whereby improved network visibility and control overcome generation intermittence, loading volatility and network fatigue seems a reasonable proposition to cope with the system transition in the interim period.

This PhD project will contribute to the realisation of the smart grid by demonstrating key elements of a holistic distributed grid monitoring system to deliver key electrical and mechanical measurement data for power system control, protection and asset management. The PhD will complement a £1.44m Innovate UK project awarded to the Supervisor and his international partners. The I-UK project will represent an outstanding research environment for the student – offering in-kind contribution to the studentship’s experimental research as well as unqualified industrial relevance and opportunity to engage key international players in this area. Furthermore, this studentship will be co-funded by NPL, offering £25k in-cash contribution and providing dedicated input and support from the renown data analytics scientist, Dr Valerie Livina.

The PhD will investigate the feasibility of developing mechanical sensors that will be complementary to the existing fibre Bragg grating distributed electrical sensors that have been proposed, patented and developed by the Supervisor and are now commercialised by the spin-out company, Synaptec. The combined sensor technology platform will offer actionable data about power capacity margins, conductor sag, conductor fatigue, mechanical fretting, thermal runaway, and incipient faults. Advanced data analytics based on the combination of physical principles (such as mechanical fatigue) and machine learning will be investigated to gain comprehensive understanding about the remaining useful life of power line assets under varying electrical and mechanical loading scenarios. The technology will maximise the utilisation of overhead lines, including high-temperature low-sag (HTLS) conductors, that endure excessive peak demand to increase capacity without expensive infrastructure upgrades.

•          The project will carry out extensive fatigue experiments on conductor/cable/sensor samples using stressing equipment in the Advanced Mechanical Research Laboratory (AMRL). These accelerated life tests will establish the success of sensor attachment mechanisms, the prospect of detecting acoustic emissions during wire breakage, time-synchronised mechanical and electrical event detection for superior fault intelligence, and detection of emulated undesirable events such as line galloping and Aeolian vibration.

•          Finally, the project will combine the electrical and mechanical measurements on a single system; will develop algorithms to determine fatigue, fretting, remaining useful life, sag, bend, dynamic line rating, and line vibration based on physical principles: the rain flow counting method, acoustic wave analysis, and analytical and FEM methods; and will develop a range of distinct product concepts to be demonstrated through follow-on R&D projects.

The key innovation will consist in the integration of electrical and mechanical sensing on a single platform, enabling unprecedented supervision of the power network – controlling its stability, enabling novel protection functions and now introducing vital capacity increases while keeping the reliability of the entire system in check. These game-changing, innovative proposals are set to make a huge impact on our transition to a sustainable energy economy and deliver significant economic impact for the UK.

The studentship is available for UK and International* students, who possess or are about to obtain a first class or 2.1 BEng (Honours), MEng or MSc degree, or equivalent EU/International qualification, in a relevant physical sciences or engineering discipline.
*International students must be able to provide evidence of funding and pay the difference between the UK Home Fee and International Fee. Note that standard EPSRC-level stipend will be provided.

Check out our other PhDs in Glasgow, United Kingdom