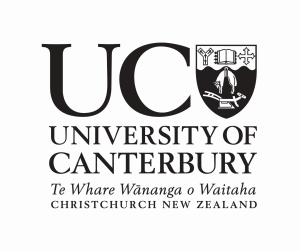 This project is part of the new Biosecurity Innovations cluster, and jointly supervised between Bill Heffernan and Ian Dickie

Early detection is critical to any effective biosecurity strategy. Asymptomatic infections and latency periods allow pathogens to establish and spread, preventing cost-effective early management. While there is current investment in rapid detection of pathogens using molecular approaches, this has been focused on single-species detection of known pathogens (e.g., kauri dieback), rather than detection of novel, as-yet unidentified incursions. Focusing on only known pathogens prevents a cost-effective response: by the time the threat is known, it may be too late. Our goals are to (1) use electrical impedance spectrum (EIS) as an early detection method for novel pathogens on living plants, and (2) show how EIS detection complements molecular methods of pathogen community characterisation.

Our focus is on physiological monitoring of plants, allowing detection of pathogen impacts even where the pathogen is a previously unknown species. Electrical impedance depends on the plant’s cellular and extracellular ionic and dielectric media and can be modelled as a network of passive circuit elements (resistors and capacitors). Pathogens directly affect impedance by blocking vascular tissue in roots, stems and leaves and by altering plant chemistry, with different species of pathogens affecting different plant tissues and potentially creating unique impedance signals. Impedance properties are both frequency and grain-orientation dependent – in other words the extremely complex network of resistive and capacitive elements in a circuit between any pair of electrodes at any point on a plant is not susceptible to analytic solutions, but can accurately and conveniently be represented by finite element models. The novel science is interpreting changes in complex impedance at varying frequencies, and between different electrode locations, due to different aspects of pathogen attack on plants. We will also correlate naturally occurring levels (diversity and abundance) of pathogens to plant electrical impedance in natural settings using next-generation sequencing (NGS) meta-barcoding of fungal and oomycete communities. NGS provides a high-resolution determination of the full community of pathogens and, importantly, is able to detect novel species rather than being reliant on existing databases. Our hypothesis is that by measuring EIS of plant tissues and whole plants, we can detect fungal and oomycete pathogens before visible physiological symptoms occur. Further, we will determine the extent to which EIS profiles are correlated with community composition of pathogen communities.

The student will achieve an outstanding PhD linking electrical engineering with advanced molecular detection tools. They will also be part of the larger Biosecurity Innovations cluster, and aligned to the BioProtection Research Centre.

The Phd offer includes a stipend of $28k NZD plus fees for three years.

Check out our other PhDs in Christchurch, New Zealand

Check out our other PhDs in New Zealand

Development of novel statistical methods and application to searches for New Physics using the ATLAS detector at the LHC
Royal Holloway, University of London