The University of Western Australia    School of Animal Biology 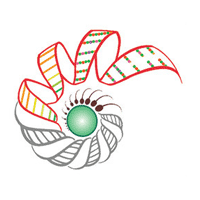 We are looking for a talented student to conduct their PhD on the evolutionary biology of anisogamy. Anisogamy is the difference in size between male and female gametes and is the driver of sexual selection and the evolution of the sexes. We have an experimental system amenable to studying the evolution of sex. This is the normally isogamous algae Chlamydomonas reinhardtii which we have evolved to anisogamous. There are numerous important and interesting experiments to conduct on these diverged lines.

The successful applicant would ideally have experience working with single celled algae or similar micro-organisms preferably in an evolutionary context. They should be deeply interested in and have a good knowledge of evolution. They would either have or be predicted to get a first class Honours or Master’s degree at an institution of high repute. The degree must have included a research project that represents a significant contribution to the final mark. While papers are important evidence of research ability a high GPA weighs more on the ranking process, so if your GPA is good but you have no publications please consider applying.

Few people feel like they can full fill these criteria – if you are interested, please email me with a CV and brief letter stating your interest and background and I will let you know whether I think your skill set and academic record would place you well against the competition.

Applications are open for non-Australian applicants both in Australia and overseas.

The information you submit to The University of Western Australia will only be used by them or their data partners to deal with your enquiry, according to their privacy notice. For more information on how we use and store your data, please read our privacy statement.

Check out our other PhDs in Perth, Australia

Check out our other PhDs in Australia

The generation of RBCs in vitro from stem cell sources and the molecular regulation of erythropoiesis in health and disease: towards new therapeutic approaches
University of Bristol