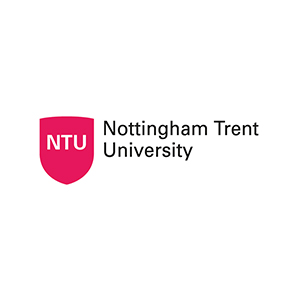 Paedophilia garners much attention in academic and social contexts. It is a central concept in the area of sexual offending. However, emerging research shows how many individuals who have sexual interests in children will never commit sexual offenses (Cantor & McPhail, 2016). Seto (2012) postulated that paedophilia (as one specific subtype of such sexual interests) may represent a sexual orientation, given its early age of onset, stability over time, and the congruence between sexual and romantic attractions. However, this proposition has received no empirical attention. This is surprising given its potential to inform initiatives aimed at treating minor-attracted people (MAPs), and the prevention of sexual abuse.

This will provide an initial evidence base for a shift from a deficits-based (prevention-framed) approach to a positively-oriented (acceptance-framed) approach to treatment. It will provide the first systematic examination of paedophilia as a sexual orientation using a mixed-methods approach. The qualitative work will begin with a review of the sexological evidence about sexual orientation, including its markers, correlates, and development. Prominent models for inclusion here are Seto’s (2012) conceptual account of paedophilia as a sexual orientation for age, and van Anders’ (2015) sexual configurations theory. Participants will be invited to speak about their paedophilia in relation to each of these criteria (if applicable), while also allowing them to identify other aspects of their sexual identity that help to inform our understanding of paedophilia. The qualitative work will be analysed phenomenologically to gain a deep insight into MAPs’ lived experiences of their sexual identities. The quantitative strand of this work will follow the qualitative interviews, and incorporate the themes emerging from the phenomenological analysis and to explore them in a confirmatory manner. This survey will also test the validity of a new measure of sexual orientation (developed by the lead supervisors with the aim of exploring the concept of paedophilia; Lievesley et al., in prep). During this survey work, the candidate will also explore treatment priorities and targets for subgroups of MAPs, based on their conceptualisation of their sexual attractions. There will also be the opportunity to work with practitioners working with MAPs to explore the translation of the research findings into clinical practice.

The successful candidate will join a growing research team exploring minor attraction at NTU Psychology, and be supported in forming professional relationships with academic and practitioner contacts both in the UK and abroad.

For a step-by-step guide and to make an application, please visit NTU's how to apply page.

This is a self-funded project only.

How good is research at Nottingham Trent University in Psychology, Psychiatry and Neuroscience?

Making yourself understood: exploring the diagnostic pathway for non-specific cancer symptoms for people that do not speak English
Queen Mary University of London