Finding function in the non-coding genome

University of Otago    Department of Biochemistry 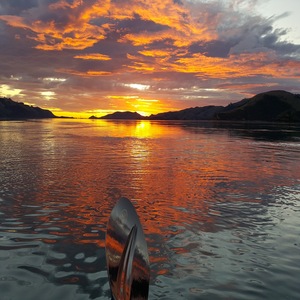 One of the strongest signatures of a functional genomic region is evolutionary conservation. While conservation is relatively straightforward to measure in protein coding and essential ncRNAs, it is considerably more difficult to quantify in more ephemeral non-coding elements such as promoters, enhancers and long non-coding RNAs. The constraints on these regions can be protein or RNA interactions or structure, each of which may be maintained while displaying low sequence conservation.

While some groups consider genomic activity such as expression, modifications or interactions to be sufficient evidence for function, recent experiments with randomised genome sequences show that these activities are active in randomised genome sequences. Therefore evidence that evolutionary selection is acting to maintain an activity provides stronger evidence of function than activity alone. However, sequence alignment based conservation tools (e.g. PhyloP, GERP, etc.) may not perform well at identifying signatures of purifying selection in non-coding portions of the genome. Other sources of information such as higher-order models of sequence evolution, SNPs, INDEL- and transposon- free regions, synteny, interactions and structure may provide more robust evidence of evolutionary conservation.

The successful applicant will explore possible approaches to measure evolutionary conservation in the non-coding genome that best distinguish between functional and non-functional elements. We will develop and use rigorous statistical models to assess the likely functionality of non-coding sequences.

The information you submit to University of Otago will only be used by them or their data partners to deal with your enquiry, according to their privacy notice. For more information on how we use and store your data, please read our privacy statement.

Check out our other PhDs in Dunedin, New Zealand

Check out our other PhDs in New Zealand

The role of non-coding RNAs and epitranscriptomics in shaping 3D chromatin architecture in stem cells.
Italian Institute of Technology

About the Project
Email institution