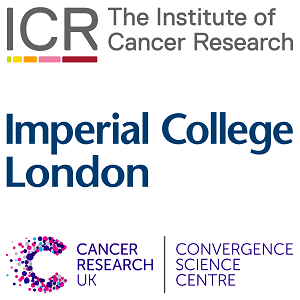 The biological response to cancer therapy is extremely varied and complex. As a result, designing tools which monitor perturbations of specific proteins or nucleic acids in liquid biopsies can be challenging and often lead to low specificities and/or sensitivities. This means that expensive, low- throughput imaging techniques (e.g., MRI, CT or PET/CT) or invasive biopsies are the preferred way to monitor therapy progress. These scans are limited in resolution and will typically detect macroscopic and not microscopic changes in tumour growth. As a result, it is challenging to understand whether a therapy is effective in a timely, accurate manner.

Patients with metastatic urothelial (bladder) cancer have a one-year survival rate of 33%.1 Recent trials have shown that treatment with Atezolizumab, an anti PD-L1 immunotherapy drug, can improve the survival of patients with this aggressive cancer.2 However, most patients still experience early progression post-therapy. This has led to research into a combinatorial approach in which radiotherapy is included into the treatment plan.3 However, for the reasons discussed above, in practice it is very difficult to know how a patient is responding to the therapy in a timely fashion. Therefore, there is an unmet clinical need for a way in which to monitor systemic therapy so that the treatment plans can be changed as soon as possible.

The aim of this proposal is to devise a new way in which to monitor a therapy response in a timely and less-invasive manner, from liquid biopsies. This new technology would not be based on the typical specific biomolecule detection (such as PCR, ELISA etc.) but would be a system which would generate a unique ‘fingerprint’ in response to a patient’s sample. An analogy would be the way in which our smell receptors do not recognise molecules specifically but generate a unique signal which we can recognise with excellent accuracy. Our sensor will consist of an array of wells containing novel green-fluorescent polymer nanoparticles (NPs) developed in the Stevens group.4 In each well, the nanoparticles contained will have a unique surface coating which, when a patient sample is added, will respond differently depending on the biomolecules contained in the biofluid – and as a result generate a unique fluorescent signal. The working principle of the array is that small changes of the distance between the green NP and red dye will lead to drastic changes in the bulk fluorescent signal, due to the Förster resonance energy transfer (FRET) phenomenon. Therefore, when a patient sample is added to the array, the contained biomolecules will form a corona around each NP. This will perturb in the dye-NP distance and result in a unique fluorescent signal from each well depending on the linker used. By combining the fluorescent data from each well, a ‘picture’ of the biomolecular make-up of the patient sample can be generated.

The student will initially test the array with solutions spiked with a dilution series of pure proteins. This will assess the capability of using the array to distinguish between different proteins at their respective concentrations. The system will then be tested in vitro with the supernatant taken from bladder cancer cell lines (such as HT-1197, T24, and TCCSUP) which have been incubated with and without relevant drug(s). This will determine whether the system has the capability to distinguish a cell response in a complex environment. In this case, multivariate analysis will be used to determine which combination of wells in the array can be used to distinguish between treated and non-treated cells, with a high specificity. This type of cell work is well understood in the Wilkins group and the data analysis is a familiar tool used in the Stevens group.5,6

The findings from the in vitro study will then be used to inform the design of an array for use with patient samples. Blood samples (procured via the Wilkins group) will be used from patients with metastatic urothelial cancer, who were undergoing systemic therapy and where the outcome of that therapy is known (i.e., if early progression occurred). This will showcase the ability of the array to distinguish between patients who were responding to a therapy to those that were not. This new tool could revolutionise the way in which systemic therapy for urothelial cancer is monitored as it would allow for regular samples to be taken and analysed on site (or at a diagnostic centre). Timely and regular feedback on the efficacy of the therapy would then be used to guide the patient’s treatment, ultimately leading to better patient outcomes.

Convergence Science PhDs cover tuition fees for UK students only; however, international students are also invited to apply subject to outlining how they will meet the difference in tuition fees.