Fully Funded PhD Studentship - Carnegie School of Sport & The Football Association. What are the mechanical implications of acceleration, deceleration and change of direction in elite female football? 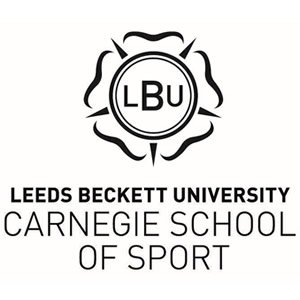 The Studentship will be primarily based in Leeds

This is a unique opportunity for an enthusiastic and high-achieving individual looking to undertake a PhD in a vibrant research and professional sporting environment, helping innovate and drive current and future practices with a high level of scientific rigour across the Women’s’ domestic game and Academies. The studentship will be based primarily at the Carnegie School of Sport but will also involve time spent at St Georges Park and supporting FA performance staff.

The PhD studentship will have a bursary of £17,668 per annum (pro-rate into 12 monthly payments) plus UK Fees paid initially for a period of three years.

The quality of Carnegie School of Sport research is evident in the outstanding results achieved in the 2021 Research Excellence Framework, where we ranked 2nd nationally when accounting for both research quality and the number of contributing staff. The candidates will have access to the world-class facilities at the Carnegie School of Sport, including the £45 million new build.

What are the mechanical implications of acceleration, deceleration and change of direction in elite female football?

In elite female football, it has been reported that there are over 1300 activity changes during match play whereby players are required to repeat rapid changes in speed and change of direction (COD) (Randall et al., 2021). This is due to the requirement for players to respond to the changing nature of the game and perform technical/and tactical actions effectively.

During these COD there is likely an increase in intensity and duration of stress placed onto the different tissues of the musculoskeletal system (e.g., muscle, tendon, cartilage, bone) when compared to straight-line running due to the propulsive and braking forces associated with changing direction (Besier et al. 2001; Verheul et al. 2020). This places high biomechanical loads on the lower extremities (Vanrenterghem et al. 2017; Besier et al. 2001), which could result in increased injury risk if poorly managed over time (Brent Edwards 2018). It is therefore of utmost importance to prepare players to be physically capable of tolerating the high mechanical load associated with COD at high speeds (Sheppard and Young 2006; Jaspers et al. 2018; Harper and Kiely 2018) during football match play.

Accelerations, decelerations and COD, until relatively recently, have not been easily quantifiable. The introduction, however, of foot-mounted micro-electrical mechanical system (MEMS) devices into football has increased the potential for such movements to be more accurately described [8]. Verhuel et al. (2020) have suggested that the anatomical location of MEMS devices may alter our understanding of these specific movements, with units located closer to the GRF’s being desirable. However, to date there is limited understanding of the mechanical load associated with match play and training in elite female football using such devices, their association with injury risk or the physical qualities that underpin a player’s ability to perform and recover from such actions.

Therefore, for the purpose of this project the aim will be to explore the potential of a foot-mounted MEMS device to determine the mechanical load during match play and training in elite female football (Waldron et al., 2021). Once coaches and practitioners understand the mechanical load of match play and factors underpinning, such information can be used to inform athletic development strategies and coaching practices with female football players.

Funding will consist of UK full tuition fees for three years and the award of a living stipend at UK Research Council rates (£17,668 per annum pro-rata into 12 monthly payments). Funding will be subject to satisfactory progress.
A laptop will be provided and the opportunity to apply for funding to support the research project.

How good is research at Leeds Beckett University in Sport and Exercise Sciences, Leisure and Tourism?

Fully funded PhD studentship on the relationship between young people’s participation in arts, culture and entertainment activities and their wellbeing (“Creating ways to #BeeWell”)
The University of Manchester