Identification and characterisation of bacteriocins from environmental samples active against strains of Clostridium difficile. 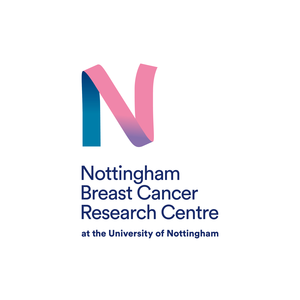 Clostridiodes difficile is a cause of neonatal enteritis in livestock such as pigs, cattle and horses. Affected animals develop respiratory problems, abdominal distention and bloody diarrhoea leading to weight loss and in extreme cases mortality. This puts a financial burden on the farming industry, and a potential risk to healthcare if infected animals are not treated with appropriate antibiotics. C. difficile is resistant to many antibiotics and treatment is currently limited to only a few (metronidazole, vancomycin, fidaxomicin). Resistance to metronidazole has been observed already, exemplifying the urgent need for new therapies. One alternative option for successful treatment of C. difficile infection is the use of bacteriocin therapy. Bacteriocins are ribosomally synthesised protein antibiotics that kill closely related species to the producing micro-organism. Bacteriocins have recently been shown to be produced by Bacillus spp. with activity against a range of C. difficile isolates.

The work will involve enriching for bacterial colonies from the environmental samples and then replica plating and screening for bacteriocins active against strains of C. difficile by the presence of zones of inhibition around individual colonies on biological activity assay plates. The bacterial colonies will be identified using 16s rDNA sequencing and whole genome sequencing. Activity in cell free extracts will be tested to see if the active bacteriocin is actively secreted into the environment and stable in isolation. Concentrated bacteriocins will be investigated further using SDS-PAGE and native PAGE to fractionate samples and allow gel-overlay experiments with sensitive bacterial to identify the active protein. Mass spectrometry of isolated protein bands will be used to identify the candidate protein bacteriocins. In silico analysis of the sequenced genome will allow identification of potential bacterial gene clusters responsible for the expressed active bacteriocin which can be characterised further by gene cloning, protein purification and targeted gene mutations using the well-developed CRISPR-Cas9 system available in the laboratory. Gene engineering may be possible to increase host-range and/or potency of the bacteriocin.

How good is research at University of Nottingham in Biological Sciences?