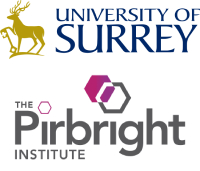 The neglected tropical infection Ascaris lumbricoides is an extremely widespread worm parasite of humans, particularly in low and middle-income countries. It has chronic effects on human health, including abdominal problems and stunting and wasting in children. Ascaris suum is very closely- related to A. lumbricoides, and infects pigs worldwide, with potential for zoonotic transmission to humans. Ascaris control in humans and pigs is based on regular treatment with deworming drugs, however there is concern about drug resistance developing, especially as ascariasis is targeted for elimination as a public health problem in the new World Health Organization Roadmap for Neglected Tropical Diseases.

Genomic data can provide important insights into how parasites evolve and spread. However, there have been few studies which have applied whole genome approaches to investigate the genetic diversity and evolution of Ascaris. This project will generate new Ascaris genomic data from well-characterised isolates from different geographical regions and human and pig hosts. Based on these new genomes and existing genomic data, the evolutionary origin and population structure of Ascaris pigs and humans will be investigated. New molecular markers for typing Ascaris and assessing Ascaris genetic diversity will be developed using the genomic data and optimised for use on faecal and environmental samples. The markers will be tested on Ascaris- positive pig faecal samples in the UK. A pilot field study will then be conducted in the Philippines together with local partners to collect environmental samples, which will then be processed and typed at University of Philippines Los Baños. This will provide the student with a valuable opportunity to work with partners in an endemic country, gain field experience and appreciate the local context.

With the current scale up of deworming treatment in humans to achieve the WHO targets, zoonotic reservoirs are increasingly important and the emergence of resistance to deworming drugs is an increasing concern. This project will provide new insights into the likelihood of zoonotic transmission, the potential for transfer resistance genes between parasite populations and the effects of selection pressure on the Ascaris genome. It will also generate new tools for monitoring zoonotic transmission and effects of drugs on Ascaris populations in faecal and environmental samples. Overall, the student will gain significant experience in molecular biology, parasitology, whole genome analysis, population genetics and fieldwork in an Ascaris endemic area.

More information on the School of Veterinary Medicine

A good Honours degree (upper second) in an appropriate discipline, but prior experience in research or industry may be acceptable.

English language requirements: An IELTS Academic of 6.5 or above with 6 in each individual category (or equivalent qualification from other agencies).

Applications should be submitted via the online application portal for Veterinary Medicine and Science.

This project is part of the Faculty-funded studentship scheme and you can express interest in one or two of the projects available via this scheme. When completing your application, in place of a research proposal, please provide a 1-page (maximum) document containing the reference numbers(s), project title(s) and supervisor name(s) of the project or two projects you have selected, together with an explanation of your motivations for wanting to study for a PhD and your reasons for selecting the project(s) you have chosen.

The reference number for this project is FHMS PL - BM - 37.

For those interested in the project described above, we strongly encourage informal enquiries to Dr Martha Betson ([Email Address Removed]).

Check out our other PhDs in Guildford, United Kingdom

Development and Evolution of Shapes: Investigating the genetic pathways governing the leaf shape in Arabidopsis
The University of Manchester