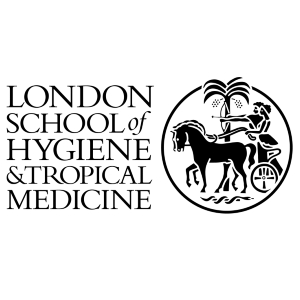 Tuberculosis (TB), caused by the Mycobacterium tuberculosis complex, is a disease of global importance1. TB remains the leading cause of death from any single infectious pathogen, and despite control efforts, there is rising incidence of multi-drug resistance (MDR). Furthermore, non-tubercular mycobacterial (NTM) species are a significant cause of opportunistic infection. New insight is required into the fundamental microbiology of these pathogens to reveal novel targets for the next generation of antimicrobials.

The methyl citrate cycle (MCC) is an understudied metabolic pathway that contributes to energy metabolism in the human pathogen, Mycobacterium tuberculosis (MTB)2. The pathway is responsible for the beta-oxidation of odd-chain length fatty acids as well as certain amino-acids. Preliminary mutagenesis studies have suggested that the key enzymes involved in the MCC (methylcitrate dehydratase; methylcitrate synthase) are essential for the growth of the bacteria on cholesterol, and in bone-marrow derived macrophages3. The pathway is also required for the detoxification of propionate.

Targeting energy metabolism in MTB has been shown to be a highly effective strategy, and given rise to the first newly approved antibiotic with a unique mode of action against MTB in decades, namely bedaquiline (BDQ)4. While BDQ rapidly inhibits the ability of the bacteria to generate new ATP via the electron transport chain, ATP can still be generated, less efficiently, through recycling of ADP by central carbon metabolism. Recently published studies have shown that treatment with BDQ remodels central metabolism in MTB, increasing its dependency on glycolysis and downstream pathways including the glyoxylate and methylcitrate cycles4. This is the first indication that the MCC may serve a dual purpose as an AMR mechanism. We seek to understand the conditional essentiality of the MCC under different physiological conditions, including antimicrobial stress, and assess its role as a metabolic escape route for tolerating disruption to bioenergetics.

The project will study the transcriptional and metabolic response of MTB under these different conditions, and test the contribution of the MCC through CRISPRi mediated silencing of the key enzymes of the MCC. We will determine the value of potential inhibitors of the MCC alone, and in combination with existing antimicrobials that target other aspects of energy metabolism, including the ATP synthase apparatus and the electron transport chain. Finally, we will consider the contribution of the MCC to broader ATP-dependent functions including efflux and secretion systems, which have been linked with drug resistance and virulence, respectively.

The PhD project will primarily be based at LSHTM (Dr S Willcocks) and will include training in molecular biology and microbiology, including the handling of MTB in BSL3 containment. Birkbeck Department of Biological Sciences (Prof S Bhakta) is a leading centre of expertise in structural and molecular mycobacteriology research, focussing on gaining insights into biological processes that cause human disease, to validate novel therapeutic targets. Mycobacteria Research Laboratory focuses on discovering novel targets in M. tuberculosis and collaborates on the development of new chemical entities to fulfil the major chemotherapeutical need for TB disease. Exposure to the applied biological and translational research at Birkbeck will lead to advanced biological skills, including aspects of the functional biology of mycobacteria. The student will also be exposed to the world-class research in infectious disease undertaken in a multidisciplinary setting, with a particular strength in TB. Upon completion of the PhD it is anticipated that candidate will have good depth of skills across multiple disciplines, including microbiology, molecular biology, genetics, and bioinformatics, making them an attractive prospect for post-doctoral research funding.

Graduates with a good first degree and/or Master’s degree in a relevant subject and with an interest and aptitude for microbiology are encouraged to apply. Previous wet laboratory experience will be valued highly. A prowess for conceptual thinking is desirable.

These studentships are open to applicants assessed as both ‘Home’ and ‘Overseas’ fee status.

EASTBIO Dissecting the role of the BRCT domain in bacterial DNA ligase activity - a novel target for antimicrobial action?
University of Edinburgh

Investigating the role of food as a vehicle for microbial transmission and antimicrobial resistance genes.
Glasgow Caledonian University