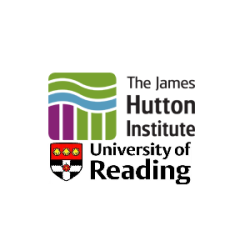 Background: Iron is an essential nutrient in all orders of life. Since uptake is hampered by insolubility, plants and bacteria have evolved mechanisms for active sequestration, through the secretion of chelators called siderophores, and uptake via specific transport mechanisms. As iron is a reactive metal, high concentrations within the cell can result in toxicity through the generation of reactive oxygen species (ROS) by the Fenton reaction. Owing to this, iron homeostasis needs to be tightly controlled.

In E. coli, the iron dependent transcriptional regulator, Fur, regulates genes involved in iron metabolism, as well as tolerance to acid and oxidative stresses (McHugh et al 2003). E. coli K-12 has nine iron transport systems but pathogenic E. coli isolates have as many as 14. It has been hypothesised that this functional redundancy is required for pathogenicity and niche specificity.

Plants are dependent upon iron for many important functions such as photosynthesis, cell wall maintenance and stress responses, including defence against pathogens (ROS response). The increase in incidence of foodborne outbreaks in association with fresh produce requires investigation into the fundamental interactions between these pathogens and their plant hosts. Preliminary data show that verotoxigenic E. coli O157:H7 Sakai (VTEC) differentially regulates iron transport and iron storage upon exposure to plant apoplastic washings in vitro. Understanding how VTEC adapts to the plant host environment can inform on food safety risk assessments and the plant defence response to bacterial colonisation.

Aims/Objectives: The aim of this project is to investigate the role of iron homeostasis in E. coli O157:H7 colonisation of plant hosts. The objectives of this project are to:

1.      Determine which VTEC iron dependent systems respond to iron availability in the plant host, e.g. for metabolism and survival. Do the transcriptional responses measured in vitro correlate to responses from bacteria colonising the plant apoplast?

2.      Determine the role of VTEC iron regulation in relation to the plant innate immune response. While the FIT iron transport system has been shown to provide protection against H2O2 (Ouyang et al 2006), could it in turn confer protection against plant generated ROS? The work will also aim to define a role for VTEC siderophores in plant immunity and immune perception.

This 4 year PhD project is part of a competition jointly funded by The James Hutton Institute and the University of Reading. This opportunity is open to UK and International students and provides funding to cover stipend and UK level tuition only. Students must meet the eligibility criteria as outlined in the UKRI guidance on UK, EU and international candidates. Applicants should have a first-class honours degree in a relevant subject or a 2.1 honours degree plus Masters (or equivalent). Hutton is an equal opportunity employer, committed to creating an inclusive environment for all employees & students.

Check out our other PhDs in Dundee, United Kingdom

Nutritional immunity: the battle for iron between host and pathogen
University of Reading

The cellular response to stress: roles in disease and ageing
The University of Manchester

Extracellular vesicles in health and disease
University of Reading