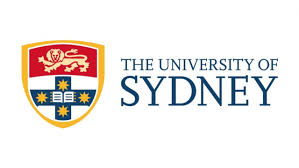 To develop magnetic resonance microimaging methods for the study of tissue microarchitecture in order to increase the information available from diffusion-weighted MRI.

The field of magnetic resonance imaging (MRI) has been rapidly advancing over the last decade. In particular MRI images can now be acquired quickly and provide an accurate depiction of tissue architecture without disruption to the tissue imaged. MRI utilizes the magnetic moment exhibited by many naturally occurring nuclei and of specific importance is the hydrogen nucleus. Hydrogen nuclei are highly abundant in all tissues and have high magnetic resonance sensitivity. Since the composition of most biological tissue is dominated by water, the differences in the water environment of adjacent tissue structures can be manipulated by MRI in order to effectively visualize tissue structure. More recently magnetic resonance microimaging (μMRI) methods have been developed and refined. The spatial resolution limit of routine MRI and the beginning of μMRI, although somewhat overlapping, usually correspond to a spatial resolution of approximately 100 μm or smaller. μMRI has been particularly useful for visualizing the organ systems of laboratory animals.

We propose to extend the use of μMRI to imaging human tissue microarchitecture. Diffusion MRI measures the translational displacement of water molecules or relative Brownian motion, within the tissue sample. Random molecular motion compared with areas in which movement is restricted by the tissue architecture can then be quantified. In particular diffusion MRI is able to describe the predominant structural directionality within an image voxel. Cerebral white matter tracts in the brain provide a highly ordered and restrictive environment for movement and have been well characterized by diffusion MRI.. It is anticipated that organs with highly organized glandular systems such as the prostate gland, can also be studied to the level of detail already recorded for the brain.

Currently most studies of ex vivo tissue rely on histological examination. However this technique is not optimal for 3D characterization of anatomical structures since it requires dehydrating the tissue and the use of several sectioned slides. In addition, sectioning procedures can result in complications such as tissue damage and deformation. Variations in adjacent slide sections also affect the interpretation of structures studied. In contrast μMRI exploits the unique soft tissue contrast endogenous to tissues and is non destructive, thus it is able to preserve the three dimensional architecture of tissue while obtaining high resolution images. μMRI techniques can be further refined by comparing data collected to conventional histological analysis. The non destructive nature of μMRI allows for both these procedures to be carried out on the same specimen. μMRI investigations are expected to inform the design of new in-vivo MRI investigations.

There is potential for University of Sydney scholarship support for extremely well credentialed applicants.

Check out our other PhDs in Sydney, Australia

Check out our other PhDs in Australia

Cross-talk between adipose tissue and the cardiovascular system in humans: From novel imaging biomarkers development to drug target discovery
University of Oxford