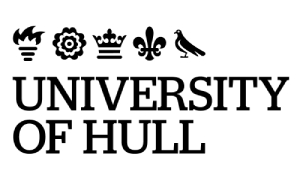 Human activity and shipping have long been considered the principal threats to the “biosecurity” of the remote and isolated shallow marine ecosystems of Antarctica (Chown et al., 2015). However, recent work has shown that the Southern Ocean’s strong, circumpolar winds, currents and fronts may not be a barrier to natural colonization from the north (Fraser et al., 2018). The sub-Antarctic (Patagonia, the Falkland Islands, New Zealand and the mid-latitude islands of the Southern Hemisphere) shallow water marine environment is often characterized by highly exposed shores on extremely remote islands (Griffiths & Waller, 2016). The ice-free coastlines are often dominated by dense beds of the kelp Durvillaea antarctica, Macrocystis pyrifera and other large macrophytes. Antarctic shallow coastal marine communities were long thought to be isolated from their subAntarctic neighbours by hundreds of kilometres of deep ocean and the Antarctic Circumpolar Current.

According to the literature, over 70 million kelp rafts are afloat in the Southern Ocean at any one time (Smith, 2002). These living, floating islands can play host to a range of passenger species from both their original coastal location and those picked in the open ocean. Driven by winds, currents and storms towards the coast of the continent, these rafts are often cited as theoretical vectors for the introduction of new species into Antarctica and the sub-Antarctic islands.

Our discovery of non–native kelp and a wide range of “hitchhiking” passenger organisms washed up on Antarctic beaches led us to question the permeability of these barriers to species dispersal (Avila et al., 2020). This is the first evidence of non-native species reaching the Antarctic continent alive on kelp rafts. One passenger species, the bryozoan Membranipora membranacea, is found to be an invasive and ecologically harmful species in some cold-water regions, and this is its first record from Antarctica (Avila et al., 2020).

The successful applicant will investigate the communities found on floating and beached kelp from southern Chile, the Falkland Islands, South Georgia and Antarctica using existing data and samples, opportunistic collections by scientific expeditions (including partners from University of Barcelona on the Spanish National Antarctic Expeditions), tourist vessels and previous expeditions. The candidate will be expected to undertake a field campaign to the South Atlantic to quantify the potential hitchhikers and conduct physiological experiments. They will be working with collaborators/partners in Chile (University of Magallanes) and the CASE partner in the Falkland Islands (South Atlantic Environmental Research Institute – SAERI).

You should normally have, or expect to obtain, at least 2:1 Honours degree (or international equivalent) in a related subject.

Eligibility and How to Apply

See our How to Apply page.

The NERC Panorama DTP are hosting ‘Demystifying the PhD application process’ webinars on the 9th and 12th December – sign up now!

The minimum English language entry requirement for postgraduate research study is an IELTS of 6.0 overall with at least 5.5 in each component (reading, writing, listening and speaking) or equivalent. The test must be dated within two years of the start date of the course in order to be valid. Some schools and faculties have a higher requirement.

For more information on specific projects, why not watch a recording of the webinar we held on 29 November? You will be able to hear presentations on each of the projects, as well as on overview of the Panorama DTP and the question and answer session that followed the presentations.

Within the NERC Panorama DTP, we are dedicated to diversifying our community. As part of our ongoing work to improve Equality, Diversity and Inclusion within our PhD funding programme, we particularly encourage applications from the following identified underrepresented groups: UK Black, Asian and minority ethnic communities, those from a disadvantaged socio-economic background, and disabled people. To support candidates from these groups, we are ringfencing interviews, providing 1-2-1 support from our EDI Officer (contact Dr. Katya Moncrieff) and hosting a bespoke webinar to demystify the application process. Candidates will always be selected based on merit and ability within an inclusive and fair recruitment process.

This project is available as part of the NERC Panorama DTP, and is a fully funded studentship covering the full cost of University fees plus Maintenance of £17,668 (2022/23 rate) per year for 3.5 years, and a generous research training and support grant (RTSG). Applications are open to both home and international applicants. Please note the number of fully funded awards open for international applicants is limited by UKRI to 30% (7 studentships).

Check out our other PhDs in Hull, United Kingdom