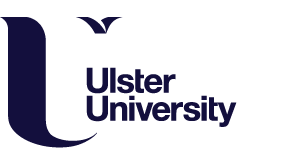 Nutrition plays a key role in athletic performance. Evidence suggests that team sport athletes are not meeting their nutritional requirements, particularly in relation to energy and carbohydrate intake (Jenner et al., 2019). In a recent meta-analysis, carbohydrate intake was below recommendations in both junior and senior soccer players whereas protein intake exceeded recommendations (Steffl et al., 2019). The observed low carbohydrate intake among players is concerning given the important role of this macronutrient in fueling performance and for recovery in team sports (Williams and Rollo, 2015; Hills & Russell, 2018). Carbohydrate consumption before and during a match plays a key role in preserving blood glucose and muscle glycogen concentrations, thus preventing a decline in physical, cognitive and skilled performance during match-play (Hills and Russell, 2018).

Vitamin D is essential for musculoskeletal health and may thus influence athlete health and performance. Vitamin D is a unique micronutrient as it is a prohormone which is produced in the skin following exposure to sunlight. Vitamin D insufficiency is associated with increased incidence of stress fracture in the fifth metatarsal bone, a common site of stress fractures in soccer athletes (Shimasaki et al., 2016), thus correcting vitamin D status may improve bone health and reduce fracture risk in soccer players. Vitamin D also plays an important role in immune function (Hewison, 2012) and has recently received much attention in relation to Covid-19 disease (Lanham-New et al., 2020). In a recent case report, a nutrition intervention, which included vitamin D supplementation, in a professional soccer player reduced the number of URTI symptoms (Ranchordas et al., 2016). Further research on the effects of vitamin D on immune health in soccer players is needed.

The aim of this PhD project is to investigate the dietary intake, nutritional knowledge and hydration status of soccer players. As a secondary outcome, vitamin D status and the effects of vitamin D supplementation on status, musculoskeletal health and immune function will be investigated.