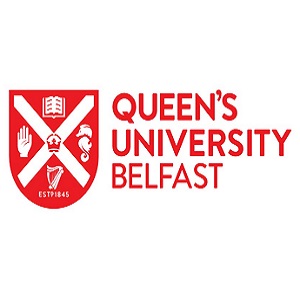 HIV/AIDS is the leading cause of death in women of reproductive age worldwide. HIV and unintended pregnancies are prevalent in developing nations due to the lack of effective female contraceptive choice. HIV/AIDs remains one of the key challenges facing the UK (428 deaths from AIDS-related illnesses in 2017) and our rate of unintended pregnancies are the highest in Western Europe (one in six pregnancies). One of the key issues is that patients struggle to adhere to the complex regimens of HIV and contraceptive therapies, which often require multiple dosing at very specific times each day. Recent strategies have focused on solving patient adherence issues by using long-acting injectable technologies. However, such products have several significant issues that limit their wider use as combined HIV and contraceptive therapies, such as:

-a need for surgery for implant insertion and removal

-a requirement for large needles

-stability issues upon storage/transport to the developing world which can result in clogging of syringes and incomplete dosing of drugs.

Our project aims to overcome these issues by creating a soluble injection of enhanced stability, for improved ease of administration under the skin. This will form a hydrogel implant in response to enzymes present within the skin to release drugs long-term, removing the need for daily dosing. Our injectable implant is composed of peptide-like molecules which are capable of forming tissue-like hydrogels that can be tailored to gradually release drugs for at least 28 days. This will remove the need for patients to comply with complex drug dosing regimens on a daily basis and improve their adherence to medication. Natural peptides form the building blocks of proteins and tissues. Their use as a drug releasing hydrogel implant for administration under the skin is promising due to their high biocompatibility, but limited by their rapid degradation within hours by enzymes present in the human body. This project overcomes stability issues by studying peptide-mimetics, which retain the positive properties of peptides (e.g. biocompatibility, easy drug attachment) with the ability to form hydrogels that will be stable for the duration of therapy. Peptide-mimetics can be tailored to degrade within the body over months into non-toxic components that are eliminated from the patient, meaning surgical removal is not necessary.

Our peptide-mimetics possess high chemical versatility (i.e. wide choice of chemical functional groups). Therefore multiple drugs can be attached directly to the peptide-mimetic hydrogel enabling large quantities of drug to be incorporated to meet in vivo therapeutic need for at least 28 days. Drug detachment proceeds in physiological conditions after the hydrogel forms reducing potential for rapid burst release of drug upon injection. Drug release studies will assess the potential for sustained drug administration in a bid to minimise pharmacokinetic peaks and troughs in drug concentrations. The peptide-mimetics studied in this project are purposefully small molecules that are cheap to manufacture, improving their potential to be clinically translated as a pharmaceutical product and effectively utilised within healthcare budgets for patient and societal benefit.

The data obtained will allow the practical utility of this peptide-mimetic hydrogel approach to long-acting injectable administration of drugs to be assessed. This platform has high potential to be adopted as a novel implant for the sustained delivery of drugs for conditions where patients have difficulty adhering to their medicines (e.g. Alzheimer’s, tuberculosis, depression, schizophrenia, malaria)

Check out our other PhDs in Belfast, United Kingdom