University of Sheffield    Department of Chemistry 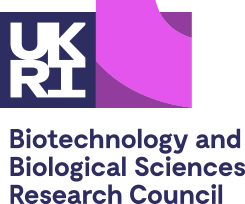 AD has been identified as a protein misfolding disease (proteopathy). The disease is caused by accumulation of two major amyloids: a rounded “amyloid plaque” outside cells and “neurofibrillary tangles” inside cells. A number of theories have been developed to describe the cause and characteristics of AD although the exact cause is still not fully understood. , , , ,

Recently, it has been reported that cellular prion protein, PrPC, binds to Aβ1-42 oligomer and inhibits the long-term potentiation (LTP) in mice. Antibodies targeting the 94-104 region in PrPC blocks the inhibition of LTP triggered by soluble Aβ1-42 oligomer. , PrPC has also been reported to affect the formation of the Aβ oligomers by modulating the function of β-secretase (BACE-1).
Several lines of research has pointed to the nature of amyloid formation in AD having some synergies with prion formation in TSE (transmissible spongiform encaphlopathy, a family of fatal neurodegenerative diseases caused by conformational change of soluble prion protein, PrPC, into its insoluble counterpart, PrPSc, including scrapie in goats, mad cow disease in cattle and CJD in human). Although fundamental differences between these two diseases exist, the prion hypothesis articulates that the amyloidosis process of Aβ and Tau could well be prion-like. This is because it is suggested that the amyloid plaques such as Aβ and Tau, are formed via seeding of oligomers; and amyloidosis in one cell can trigger the nearby cells within tissue/organs to form plaques despite of the fact that AD is not transmissible from individual to individual.

The close relationship amongst PrPC, Aβ and Tau was unveiled in recently studies. It was found that PrPC is enriched in postsynaptic densities, and the Aβ-PrPC interaction leads to activation of the Src tyrosine kinase Fyn and neuronal demise. Aβ engagement of PrPC-Fyn signalling yielded phosphorylation of the NR2B subunit of NMDARs. Fyn can mediate Aβ/Tau-induced toxicity. New evidence has showed that soluble Aβ and the Aβ1-42 dimer in particular can bind to PrPC at neuronal dendritic spines where it forms a quadruple complex with Fyn via Cav-1. This results in the activation of the Fyn kinase, which in turn triggers aberrant missorting and hyperphosphorylation of Tau, hence tangle formation. (Figure 1)

Henceforth, PrPC seems to be an important piece of the jigsaw in the AD landscape. Together with the amyloid and Tau theory, it could provide solutions to some unsolved questions in AD aetiology. Understanding the role PrPC in AD is extremely important and could shine lights on developing new diagnostics and drugs to combat AD.

The aims of the project are:
• Develop and optimise iPS cellular model from epithelium cells from healthy and Alzheimer patient
• Study the interaction between PrPC and its interacting partners such as A, mGlu5, and NMDAR etc.
• Screen chemical libraries for compounds interfering the interactions
• Investigate the mode-of-action of initial hits

The information you submit to University of Sheffield will only be used by them or their data partners to deal with your enquiry, according to their privacy notice. For more information on how we use and store your data, please read our privacy statement.

Check out our other PhDs in Sheffield, United Kingdom

Investigating the link between amyloid-β oligomers, neuroinflammation and cognitive deficits in preclinical models for Alzheimer’s Disease
The University of Manchester