The chemistry and biophysics of phosphoryl transfer enzymes

The University of Manchester    Department of Chemistry 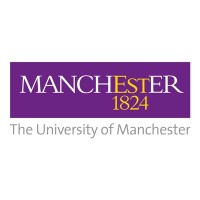 One of the most remarkable features of the chemistry of living organisms is the evolutionary utilisation of phosphate esters to provide biopolymers that encode genetic information, deliver temporal protein regulation, generate and distribute free energy throughout the cell, and to provide a ubiquitous handle for metabolic intermediates. The solution to the paradox between the remarkable chemical stability of phosphate esters and their facile manipulation lies in the catalytic power of enzymes to make and break P–O–C and P–O–P bonds rapidly, giving some of the largest enzymatic rate accelerations yet identified. We have made extensive use of metal fluoride complexes of archetypal enzymes to unravel how this remarkable level of catalysis is achieved. These studies have established the dominant role played by charge in catalysis by these enzymes, and it is its interplay with protein conformation that we intend to expand upon in the proposed study. Using a combination of structural biology and computational chemistry, we will elucidate how various phosphoryl transfer enzymes achieve catalysis. The study will make extensive use of heteronuclear NMR, X-ray crystallography, and MD simulations, coupled with cutting-edge theory to calculate rigorous atomic charges from first principle electron densities, as well as characterising bonding patterns and non-covalent interactions.

Candidates are expected to hold (or be about to obtain) a minimum upper second class honours degree (or the overseas equivalent) in a related area, normally Chemistry or Biochemistry. Candidates with experience in structural biology or with an interest in enzyme activity are encouraged to apply.

How good is research at The University of Manchester in Chemistry?

Supramolecular chemistry to control the transport of molecules
UNSW Sydney