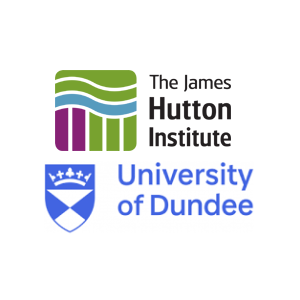 This PhD project represents an exciting opportunity to join the active and expanding research groups of the James Hutton Institute, Aberdeen and the world-leading Soil and Agrifood Institute at the University of Cranfield. Both institutes are centres of research excellence in environmental science, delivering internationally leading science to help underpin sustainable management of soils and water. This project is funded through both institutes and the student will have access to facilities and training opportunities at both sites.

We seek a highly motivated and dynamic applicant for a PhD project which aims to develop state-of-the-art monitoring and modelling approaches to gain new insights into catchment scale carbon dynamics in three contrasting watersheds along an altitudinal and land use gradient in Scotland. This project will address a major knowledge gap in the present understanding of the magnitude of lateral carbon fluxes from the terrestrial to aquatic environments and the fate of this carbon across the soil-aquatic continuum, with the ultimate aim of improving these estimates in global climate model predictions.

Quantifying the lateral fluxes of carbon from land to inland waters is critical for the understanding of the global carbon cycle and climate change mitigation. However, the crucial role of rivers in receiving, transporting and processing the equivalent of terrestrial net primary production in their watersheds has only recently been recognized and the component fluxes of carbon from land to ocean remain poorly quantified. Therefore, a better understanding of the processes involved in the loss and preservation of C along the terrestrial-aquatic continuum is required to predict the present and future contribution of aquatic C fluxes to the global C budget. Furthermore, the intensification of agriculture over the past 60 years has led to an exponential increase in sediment and organic matter fluxes within agricultural catchments across Western Europe. While the associated enhanced sedimentation of water bodies is a major stressor affecting freshwater ecosystems, the conservation of soil organic matter (SOM) is critical for sustaining soil productivity and food security in a changing world. Therefore, tracing the fluxes of sediment and identifying the sources of organic carbon in the fluvial environment is key to supporting sustainable land management decisions and maintaining ecosystem services. Naturally occurring biomarkers such as plant-derived n-alkanes and fatty acids, and their isotopic signatures, are emerging as the new potential tool for tracing of SOM and a key challenge lies in establishing their effectiveness to act as land-management specific tracers of fluvial organic matter over decadal timescales.

Research questions
Q1: How do key environmental drivers, such as soils, land use, topography and hydrology, affect the spatial heterogeneity of soil organic matter (SOM) across the study catchments?
Q2: How do these environmental drivers and the observed spatial heterogeneity of SOM affect the spatial and temporal variability of suspended sediment, particulate (POC) and dissolved organic carbon (DOC) fluxes within the riverine system?
Q3: Can stable isotopes (δ15N, δ13C, δ2H) and biomarkers (n-alkanes and fatty acids), coupled with the application of a Bayesian mixing model (BMM), be used to apportion the contribution of different land uses and soils to the observed fluvial SOM fluxes?
Q4: What is the sensitivity of the observed lateral fluxes of SOM to future land use and climate change, using lake sediment cores as an independent measure of POM fluxes over the past 100 years?

The project will include:
- Detailed sampling campaigns of soils, river and lake sediments at 3 study catchments with contrasting land use along an altitudinal and land use gradient (from intensive arable to semi-natural upland) in NE Scotland.
- High precision mass-spectrometry for a range of elements (e.g. C, N), isotopes (e.g. δ15N, δ13C, δ2H) and naturally occurring biomarkes (e.g. n-alkanes and fatty acids) to elucidate the sources of organic matter.
- Multi-variate statistical analysis and modelling in a spatially explicit context with advanced training opportunities in GIS (e.g. ArcGIS), programming (e.g. R, Python) and modelling (e.g. Bayesian mixing model).

This research project offers and excellent opportunity for interdisciplinary training crossing the boundaries of biogeochemistry, hydrology, soil science and geomorphology and will enable the successful applicant to develop highly sougth-after multi-disciplinary skills.

The studentship is funded under the James Hutton Institute/University Joint PhD programme, in this case with the University of Cranfield. Applicants should have a first-class honours degree in a relevant subject or a 2.1 honours degree plus Masters. Shortlisted candidates will be interviewed in Jan/Feb 2017. A more detailed plan of the studentship is available to candidates upon application. Funding is available for European applications, but Worldwide applicants who possess suitable self-funding are also invited to apply.