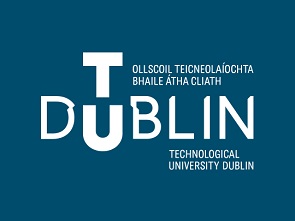 Applications are invited for a 4-year PhD at the School of Computer Science, TU Dublin.

This project investigates if cognitive and emotional traits can be automatically diagnosed by mining game data of primary school pupils playing educational games.

Cognitive scientists had always considered the analysis of children at play an excellent way to explore children’s cognitive and behavioral aspects. This project exploits machine learning techniques to leverage a large set of experimental data collected by our research group in order to investigate if children’s level of MA leaves traces in the way children play.

Finding recurrent patterns between MA levels and children behaviour would allow to: (1) define a data-driven diagnosis tool to detect MA in young pupils, (2) greatly improve the understanding of the effect of MA on cognitive and behavioural aspects of children and ultimately (3) inform possible interventions to treat MA, (4) build anxiety-aware adaptive games

However, this project relies on substantial background work. The educational games in question have been already developed by the applicant and widely tested in several schools during the Happy Maths project (more info at happymaths.games)

The dataset collected during those in-school activities contains, for each player, its demographic profile, math proficiency level and level of maths anxiety measured by two validated psychometric scales. At present the dataset contains data of about 1000+ children that played collectively more than 11000 games for about 1.1 million individual moves.

A first approach is to use deep learning models to maximize accuracy at the expense of explainability. For this model, we will use lowest-level input features consisting of every single individual move of each match played and encode them into a vector-like representation.

Since explainability is crucial to gain insights on MA, a second approach will use as input features higher-level concepts engineered from raw data. These features will include concepts that cognitive scientists have identified to be associated with MA. For example, player’s amount of working memory can be computed by the complexity of its moves, while the cognitive performance can be computed by looking at how optimal the move was and if mistakes were made. These features will be aggregated at player-level and used in explainable models such as regression or decision tree.

A third approach will explore the relationship among players leveraging data-driven Network Science techniques. Data of player vs. player matches will be used to define network of players to be analyzed with data-driven network science techniques such as homophily, modularity and ERGM models to understand if math anxious students tend to cluster between themselves or if MA drives the selection of the game opponent and the outcome of each game.

Since data are longitudinal, models trained at different time will help to study the impact of MA on children over time.

Outputs of the project:

- enable a novel form of game adaptation called anxiety-based adaptation, where the game content adapts in response not only to the cognitive ability of the player but also to its level of maths anxiety

Student requirements for this project

Degree in Game Design will be a strong advantage

Previous work on multidisciplinary projects will be a plus

To apply please Send an email to: [Email Address Removed] by 22nd May 2022

Check out our other PhDs in Dublin, Ireland

Check out our other PhDs in Ireland